In the fourth quarter, the ability to pass costs along was more widely shared across title and responsibility. This could be worrisome to the Federal Reserve as it suggests that cost-push inflation could be becoming more entrenched.

The following represents the second installment of KPMG Economics “Insights on Inflation,” a multiyear survey of KPMG clients and other business leaders to understand their responses to the inflationary environment we are now enduring. Our survey findings suggest that inflationary pressures remain extremely elevated, despite some easing of input costs.

The second wave of the quarterly survey was conducted November 1 to November 18, 2022. It is focused on businesses and provides a more all-encompassing measure of the temperature of the economy than surveys of consumers.

Business expectations of inflation are driven by a combination of demand, labor costs, and competitive pressures, while consumer expectations are unusually sensitive to changes in grocery prices, notably the price of milk, and changes of prices at the gas pump, which are highly visible but do not encompass the full spectrum of inflation pressures.

The results of this quarter’s survey revealed several major shifts: Inflation expectations remain higher among business leaders than consumers; the gap between the expectations of businesses and consumers is converging, which could be a signal of a recession; the retail sector has been hammered with a softening in demand and discounting, and the health care sector is the most at risk of margin compression in the year ahead. 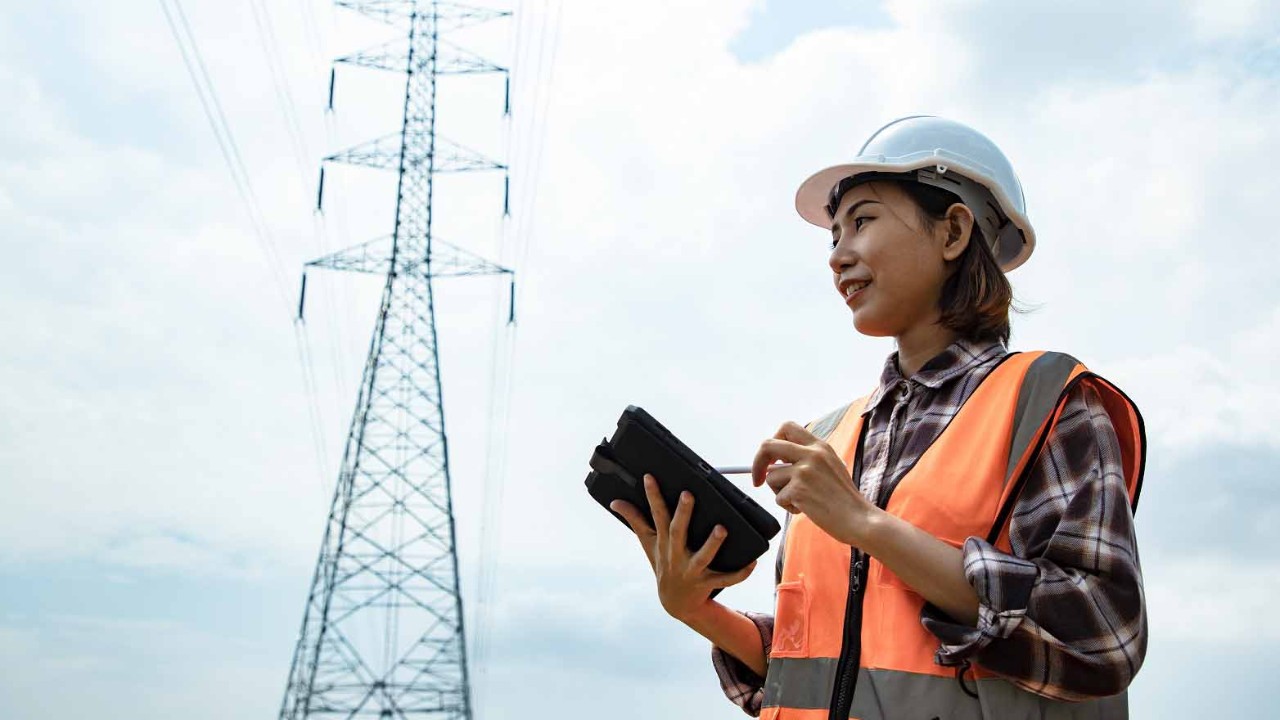 What it is: Direct incentives to consumers for energy-efficient purchases on vehicles, appliances, and home energy systems, with specific allocations for affordable housing energy resources and dedicated incentives for people with lower incomes.

What’s included: $9 billion in home energy programs for disadvantaged communities, $1 billion for energy efficiency in affordable housing, and tax credits for purchasing electric vehicles and green home energy sources (such as solar panels and heat pumps). The purchase credits include caps on a buyer’s income and product costs to ensure broad-based access.

What it is: In a word—infrastructure. “Security” means rapidly reducing reliance on other countries to power America via significant new incentives for clean energy production, manufacturing, and supply chain reliability—and future-proofing against energy price shocks.

What’s included: More than $60 billion to onshore clean energy manufacturing overall, including at least $20 billion for green vehicle infrastructure and more than $10 billion in clean technology facilities. Additional grants and credits—for upgrading facilities or producing new green products—make this a category that many business leaders will need to closely consider. 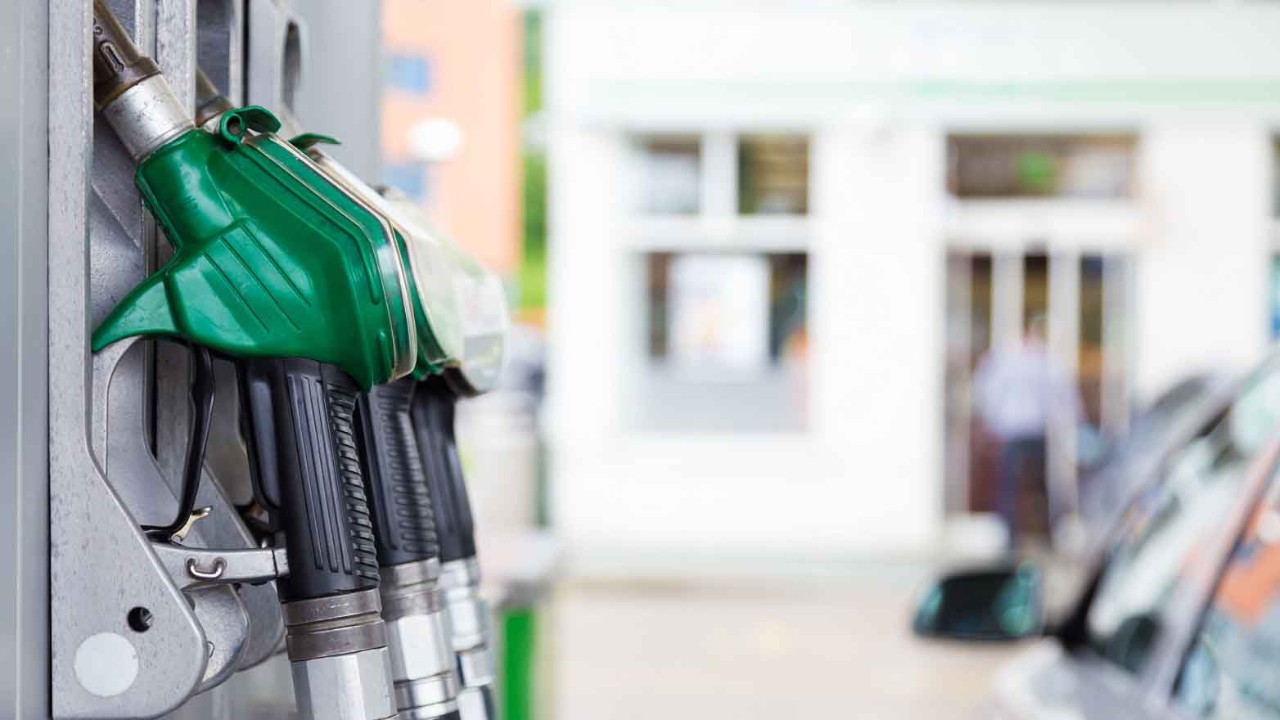 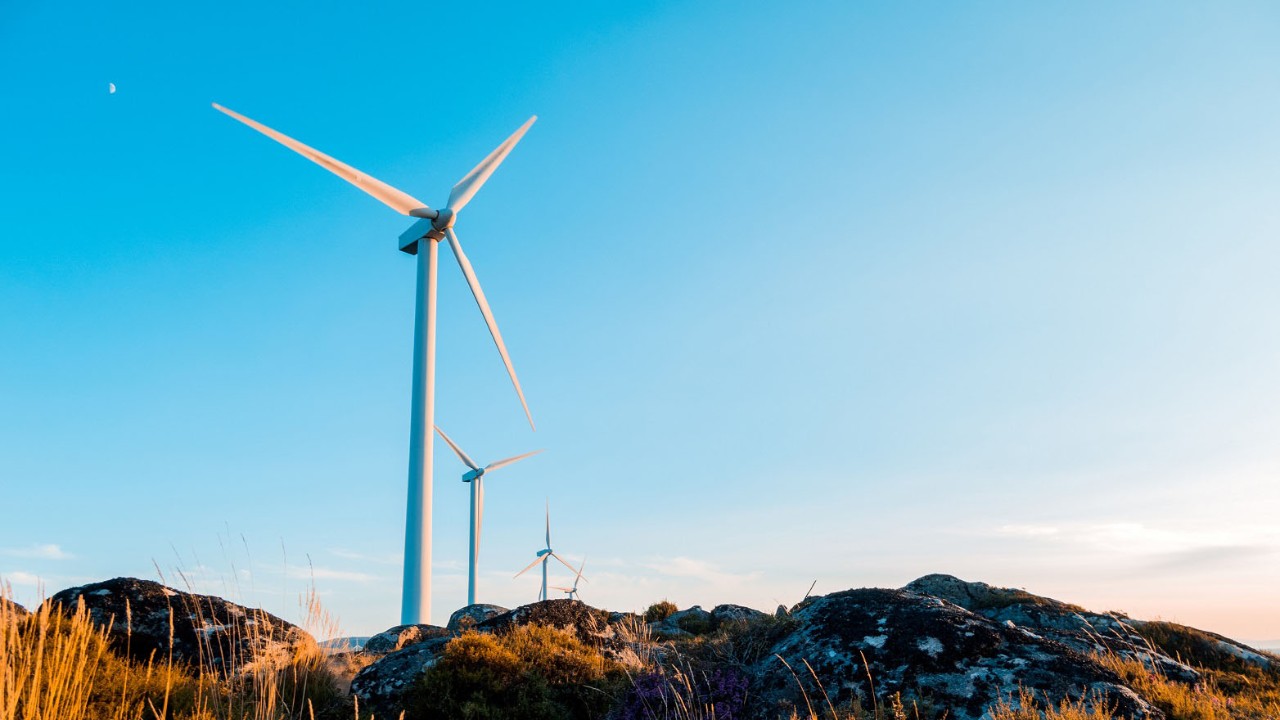 What it is: This is perhaps the U.S.’s biggest and most defined commitment to “the details” of sustainable energy and net-zero emissions, simply by being a tangible, approved law (as opposed to an executive order). The legislation’s wide-ranging mix of grants and tax credits offers extensive emissions-reduction incentives across myriad business sectors.

What’s included: At least $70 billion in grants, loans, and incentives, with at least $30 billion for states and electric utilities to facilitate cleaner and more efficient local energy generation. Another $27 billion is allocated for grants or indirect investments to help reduce emissions in disadvantaged communities, and about $6 billion is set aside for assistance to large industrial emitters, such as chemical, steel, and cement plants.

What’s included: $3 billion in grants to address air pollution, $3 billion to improve transportation and community planning, and multiple tax credits for clean vehicles that include school and public transit buses and even eco-friendly garbage trucks. 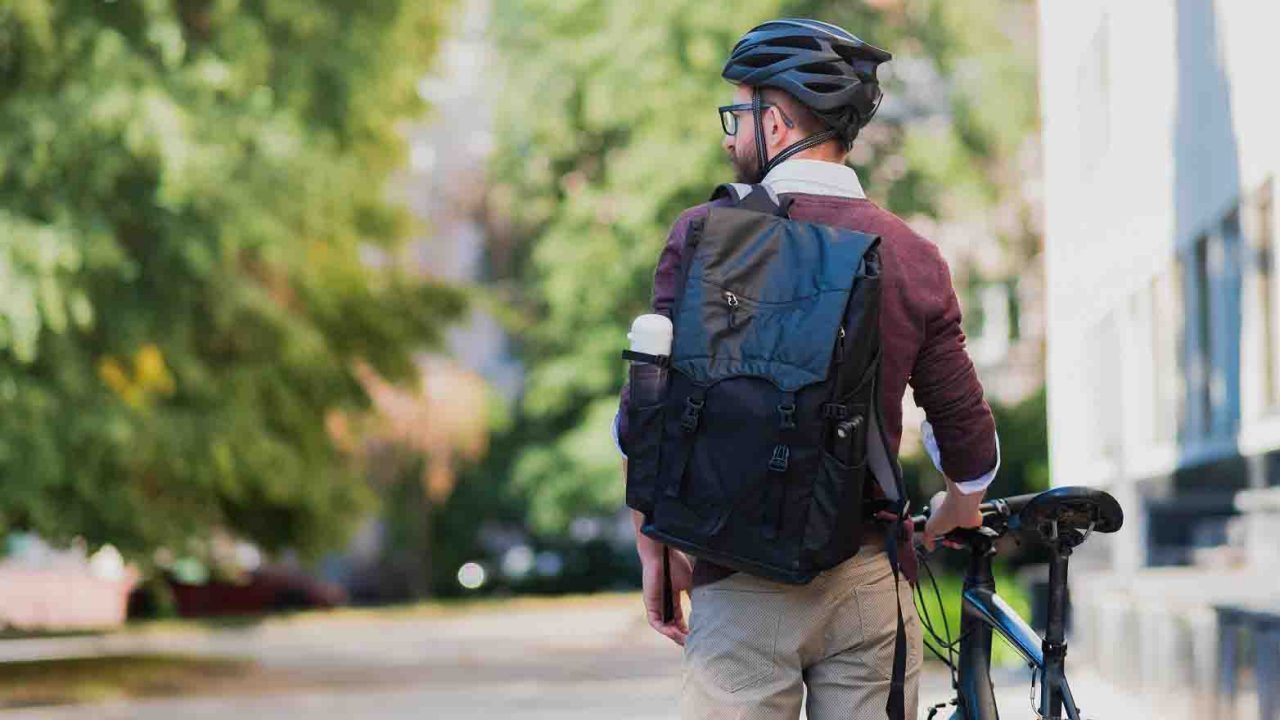 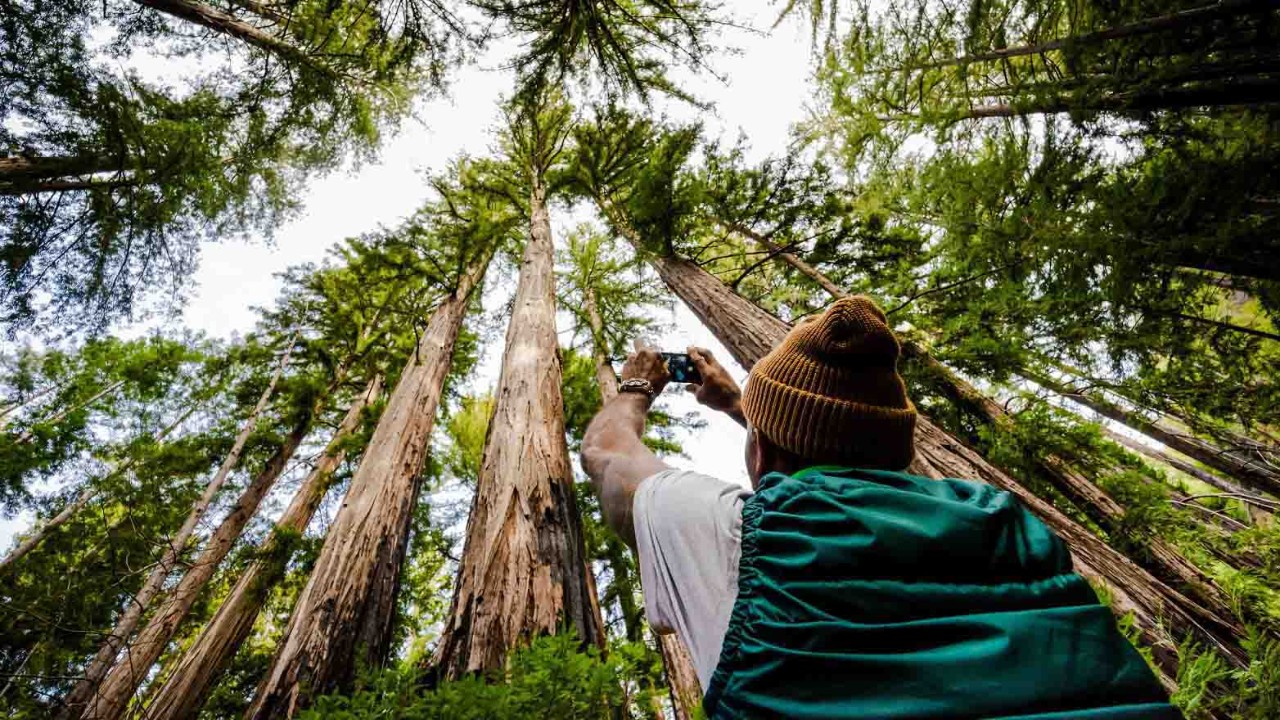 What it is: Agricultural producers and forest landowners are significant, but often overlooked, players in climate change. This area of the new law addresses that by providing grants and incentives for climate-smart agriculture practices, forest restoration, and land conservation.

Perhaps the most important dimension of the Inflation Reduction Act is that it is now actual, approved law—it’s on the books and open for business. And it’s much more sustainable than energy policy initiatives of recent decades, which have largely been driven by executive orders with shelf lives and staying power that were just too hard for many businesses to plan around.

The new law changes that, and especially in its allocations to state, local, and private levels that would make the unprecedented $370 billion federal commitment just a start. The significant new federal incentives for local-private buy-in can activate additional investment and innovation—and create significant new opportunities for businesses of all shapes and sizes.

This likely reflects CEOs’ more pessimistic outlook on the economy than the general public. The KPMG CEO survey revealed that 86% of respondents expect a recession in the next year, well above the more than 50% of Americans who thought we were in, or on the cusp of, a recession across a broad spectrum of political polls prior to the midterm elections.

CEO expectations are coming down

CEOs are still expecting much higher inflation rates than consumers

One of the most dramatic shifts between the third and fourth quarters was expectations of inflation by industry. Retail, which had the highest expectations for inflation one-year out in the third quarter, dropped dramatically in the fourth quarter. Retail now ranks second to last in inflation expectations; only manufacturing has lower expectations. That shift likely reflects the pivot in spending from goods to services, the surge in retail inventories and the need to discount ahead of the holiday season.

This is reinforced by the restacking of the key drivers of inflation. Input and materials costs have usurped demand as the primary driver of pricing decisions. Labor costs are still a large factor in determining pricing decisions, which is why it has garnered so much attention from the Federal Reserve. ESG regulations and COVID were not very influential in determining inflation expectations, despite the ongoing staffing shortages triggered by elevated infection rates.

Professional business services and finance and insurance had the highest inflation expectations. The move up in inflation expectations in the finance and insurance industrty were the largest. This likely reflects rising interest rates, which literally raise the cost of debt issued by finance companies and heavy insurance losses due to Hurricane Ian, which were not available until after the third quarter survey was takem. Vehicle insurance costs have moved up fairly signficantly in recent months; those increases were exacerbated by both a rise in the costs of fixing vehicles and the increased incidence of damages due to a rise in accidents and extreme weather events.

Factors that shape the business view on inflation expectations

Percentage of total companies who rate"influential" and "very influential"

Labor costs remained elevated in the fourth quarter and continued to drive gains in smaller firms. The gap between large and mid-sized firms widened, with larger firms now expecting labor costs to rise 5% instead of 5.3% over the next year. The slowdown in wage growth appears to be driven by a slowdown in wage gains at large retailers.

The health care sector has supplanted professional business services in expecting the most rapid acceleration in labor costs. Labor costs are now expected to accelerate the slowest in the retail sector. This is consistent with a sharp slowdown in holiday hiring and announcements of layoffs during the holiday season by major retailers.

This shift in the retail sector is notable as large retailers were driving wage growth and placed a floor on what smaller employers could pay low wage workers at the onset of the recovery. Now, those same large employers could be placing a cap on low wage pay. Our own survey suggests that the slowdown in wages is showing up in smaller firms; that suggest that the shifts we are seeing may be beginning to move downstream.

Raises among the lowest paid and entry level workers tend to filter up, pushing wages of managers up when they rise, and down when they slow. That is important to the Federal Reserve; the downshift in wage growth among retail workers could be a precursor to a broader slowdown in wage growth.

The share of costs businesses feel they can pass on to consumers held at 75%, the same as we saw in the fourth quarter. The pass-through is much greater for small firms than larger firms. The biggest shift was a broadening of the ability to pass through higher costs via rank and responsibilities.

In the third quarter, the C-suite stood out for its views on how much of input costs could be passed into prices. In the fourth quarter, the ability to pass costs along was more widely shared across title and responsibilty. This suggests that cost-push inflation could be becoming more entrenched, even as input costs are cooling. That is an outcome the Federal Reserve is attempting to avoid.

Larger firms are much better able to absorb costs than midsized and smaller firms, which could accelerate consolidation and market concentration among larger firms. This could undermine competition and make the economy more susceptible to bouts of inflation in the future.

The largest outlier between wages and inflation expectations is in health care. That is the one sector where labor costs are expected to outpace inflation, which makes it more susceptible to margin compression. The health care sector is also expecting the most persistent inflation of any industry.

Smaller firms see higher share of costs to be passed through

Firms continue to rank investing in labor-saving technologies as their number one method to reduce costs: the percentage of firms citing that slipped slightly from 78% to 76%. More firms – 71% versus 68% - expect to reduce turnover to contain labor costs. The changes are small but worth watching as they are consistent with the slight slowdown in quit rates we have seen. Turnover rates tend to become less of a focus of firms to reduce costs when they must reduce their labor force.

Less than half of all firms - 48% - now expect to leverage remote work and recruit from lower cost areas to keep costs down; that is a drop from down 53% in the third quarter and could reflect the limits of fully remote work options. Outsourcing personnel and onshoring remain low on the list of ways to reduce costs. This is consistent with the push to regionalize rather than nationalize supply chains and “friend-shore,” or locate in countries with more friendly and instiutionalized trading relationships with the U.S.

Companies are investing in labor-saving technology and employee retention

Expectations tend to widen during expansions and converge during recessions. The convergence between consumers and business expectations could be a sign the economy is moving closer to a recession.