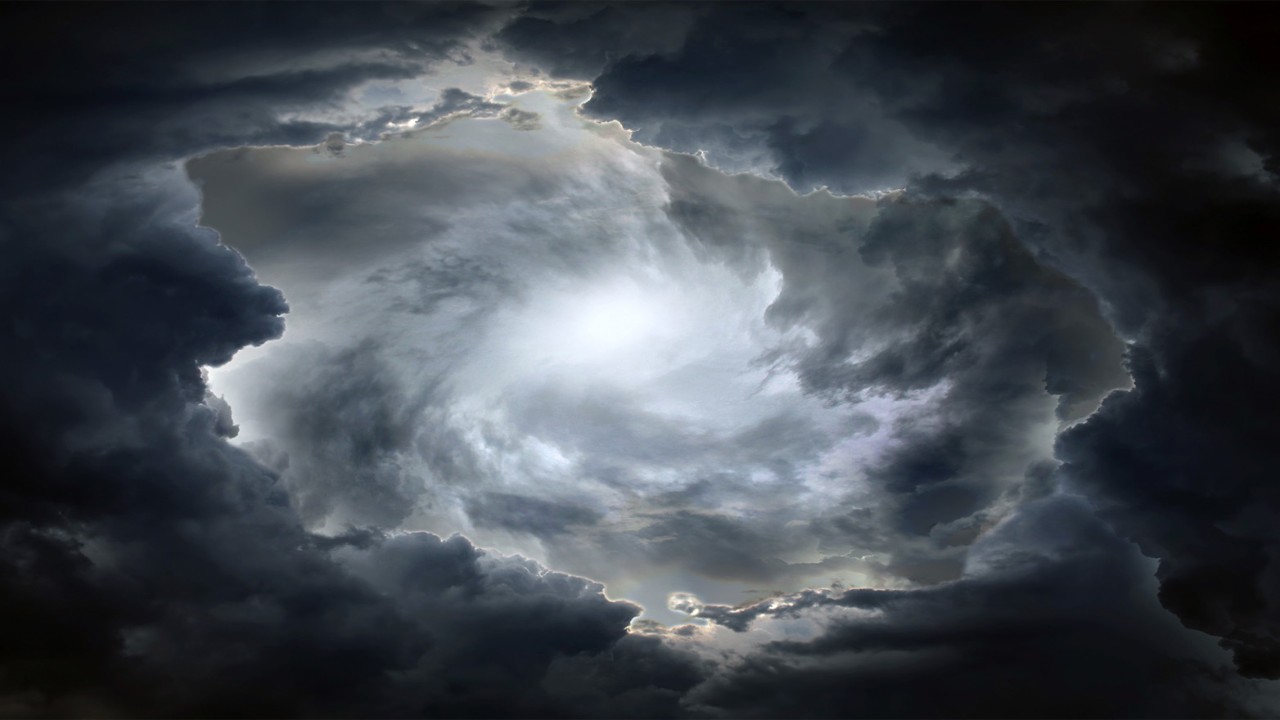 A Perfect Storm: Recession, The Fed and Scarcities
Download report

Hurricane Ian was one of the worst national disasters in U.S. history. Estimates are still being tallied, but it idled a large portion of Florida’s trillion dollar economy and a swath of the Southeastern seaboard.

Rebuilding will be incomplete and take time to ramp up, given damages to infrastructure. Most of the boost to economic activity is expected to occur in the first half of 2023. As we saw in the wake of Hurricane Katrina, many will leave to work and live elsewhere.

Hurricanes are made up of clusters of thunderstorms that combine to become more powerful and devastating than any one storm. That is a useful metaphor for where we are. Geopolitical and economic storm clouds were gathering well before Ian came ashore.

This edition of Economic Compass takes a closer look at three key themes:

We are moving from a world of abundance, in which what seemed an endless supply of cheap labor and cheap goods from abroad is being supplanted by a world of scarcity. That could leave us more prone to in­flation and rate hikes on the other side of the recession.

The only silver lining to those clouds is technological innovation. That could help ease the transition away from fossil fuels, secure the energy grid and enable wage gains to outpace instead of chase inflation.

Real GDP is forecast to rise at a 2.3% pace in the third quarter, after posting two consecutive quarters of declines in the first half of the year. Consumer spending slowed to a near standstill, with a shift in spending on niceties to necessities. Home buying and building continued to contract. Home values are falling across many of what were the hottest pandemic markets.

Business investment held up better, as supply chain bottlenecks began to unwind. Imports cratered as retailers attempted to better align their inventories with consumer spending and exports picked up. The improvement in the trade deficit is the single largest contributor to growth.

Prospects for the fourth quarter are considerably worse. Real GDP is forecast to drop by 2.3% and remain in the red through the first half of 2023. That will mark the “official” start of the recession. Aggressive rate hikes, weaker growth abroad and persistent inflation will push employment down and unemployment up.

The recession is still mild but more abrupt and deeper than previously forecast. It will also end sooner than previously forecast. Unemployment, which is a lagging indicator, is expected to peak at close to 6% in 2024, when inflation finally returns to the Fed’s 2% target. The Fed will be scrambling to cut rates again before that occurs. Barring a financial crisis, rates are not expected to return to the zero bound any time soon.

Risks of a Global Recession

The energy crisis triggered by the war in Ukraine, rate hikes by central banks and lockdowns due to China’s zero COVID policy have been pushing down forecasts for global growth since the start of the year. The International Monetary Fund (IMF) will likely forecast global growth of less than 3% in 2022; that could fall further. (See Chart 1.) The data is actually worse than it appears, given the tendency by autocratic leaders to inflate their growth estimates.

China has eased some of its strictest zero COVID policies but that is partially because recent outbreaks have been in less densely populated areas. The problem remains the overhang of debt, notably in the real estate sector. Deleveraging will be costly.

China has pivoted from lending to other developing countries for its ill-fated Belt and Road initiative to providing funds for emergency debt relief. Those loans, along with lending by the IMF, have helped to stave off defaults. That said, we are sitting on a time bomb of emerging market debt.

High debt loads prior to Russia’s invasion of Ukraine, coupled with the surge in inflation triggered by the crisis, have forced many countries to subsidize the basics of food and energy. This is at the same time that rates are rising, which is increasing the cost of that debt and exacerbating the pain across the developing world.

The phenomenon is nothing new. The Volcker rate hikes of the early 1980s triggered the Latin American debt crisis. A series of defaults set much of the region back a decade in growth.

Concerns about emerging market debt dominated debate at the 2021 Jackson Hole Symposium. Memories of the taper tantrum of 2013, which triggered a rapid rise in Treasury bond yields, quickly spread around the world. Countries whose currencies depreciated were forced to raise rates to defend their currencies and curb inflation. That prompted a sharp pullback in economic activity and compromised their ability to service the interest expense on their debts.

The impact of rapid rate hikes could be even worse today. Much of the debt issued by emerging markets is held by commercial banks in those countries. A default could trigger a “doom loop” of losses. They would lose their access to international credit markets at the same time banks are forced to mark down their bond holdings and other assets. That would force banks to increase their reserves which would severely limit their ability to lend. (Understatement.)

No one expected that to happen in a developed economy. The U.K. is an extreme. The inflation due to the pandemic is being exacerbated by the war in Ukraine and the rise in tariffs Brexit unleashed. Efforts by the new government to stimulate with record tax cuts and energy subsidies were immediately rejected by financial markets.

Sterling rapidly depreciated and triggered a jump in government bond or “gilt” yields. That triggered a Lehman-style meltdown in the country’s highly leveraged pension system. The Bank of England was forced to intervene, but pledged to do so only temporarily. The hope is that the newly formed government will scale back its reckless policies; they’ve already blinked.

The risks of recession continue to mount with OPEC+ making its largest cut to production to support energy prices since the onset of the pandemic in 2020. Vladimir Putin has upped his threat to attack NATO countries as well as Ukraine. I honestly never thought I would hear the words “tactical” and “nuclear” in the same sentence when it came to weaponry.

This is all in addition to a sooner-than-expected but still mild recession in the U.S., starting in the fourth quarter. Many forecasts are chasing rather than front-running that reality.

A Unique Role for the Fed

The reserve status of the U.S. dollar and intensifying geopolitical tensions have triggered a flight to safety. That and rapid rate hikes by the Fed, which is the de facto central bank to the world, have exacerbated the rise in the value of the dollar and the downward pressure on foreign currencies.

Those shifts are effectively worsening inflation abroad without much of an offset for the relatively closed U.S. economy. Falling goods prices can do little to derail the inflation we are experiencing in the service sector. Hurricane Ian and the demand to repair and replace damaged property will only sustain the upward pressure on inflation.

Rate hikes at home are fueling rate hikes abroad. A vicious cycle is developing. Rapid rate hikes increase the risk of a seizure in financial markets.

The Fed is committed to correcting the sins of the past. That means raising rates until it is absolutely certain that inflation has been tamed.

We remain closer to the beginning than the end of that process. The Fed believes that the fed funds target was at neutral in July, when it lifted rates to a 2.25-2.5% range. The 0.75% hike in rates in September represented the first move into restrictive territory.

Hence, the forecast for continued large rate hikes. The most recent trajectory of rate hikes by the Fed shows the fed funds target ending the year in the 4.25-4.5% range. It rises another quarter point to a 4.5-4.75% range in 2023 and stays there. That is the fastest pace of rate hikes since the early 1980s. (See Chart 2.)

We expect the feedback loop of rate hikes abroad and the risks of a more systemic financial crisis mean the Fed will have to stop short of its own expectations. The target on the fed funds rate is forecast to hit a peak of 4.25-4.5% in 2023.

The wild card is a financial crisis. We have maintained that a seizure in credit markets is the one thing that would stop the Fed in its tracks. The problem is that inflation has now persisted long enough that any interventions by the Fed to support financial markets could stoke a more corrosive bout of inflation.

Indeed, our own inflation survey of business leaders, who have much more control over both the fate of wages and prices, suggests that they expect higher and more persistent inflation than consumers. That would require a deeper and more scarring recession to derail inflation down the road.

An Era of Scarcities?

Lastly, a confluence of events suggests we may be entering an era of higher costs and scarcities:

A sharp drop in population growth due to aging, the pandemic and a loss in immigration is expected to halve the pace of employment growth over the next decade compared to the 2010s. That is before the ongoing effects of high infection rates and long COVID are taken into account.

The only silver lining is technology. The private sector has pledged massive amounts of money to fund a tran­sition away from carbon fuels. When paired with government commitments, we could make real progress in the battle against climate change.

Lessons learned with the pivot to working from home could be harnessed to improve productivity growth. That makes wage gains tolerable for companies and sustainable for workers; it derails the upward pressure on costs and inflation.

The bulk of the productivity growth associated with that initial pivot was concentrated among those who could work from home. In-person jobs suffered a blow to productivity because of all the steps needed to make the service side of the economy safer. We need to aggressively leverage automation and AI to bridge skills gaps and boost the productivity of in-person workers.

The energy crisis triggered by the war, synchronous instead of synchronized rate hikes, a surge in extreme weather events and escalating geopolitical tensions are all combining to increase the probability that the global economy slips into recession.

The Federal Reserve is playing a unique role in amplifying rate hikes around the world. It will need to adjust the trajectory of hikes a bit to dampen the negative feedback loop that is beginning to erupt.

Our collective economies showed remarkable resilience during the turbulence of the last three years. We need to harness that resilience to better weather storms on the horizon. That requires a complete reset of investment priorities, including how we think about workers. “Our people are our most valuable asset” is more than a tagline; it needs to be an operating model.

The U.S., unlike Europe, has so far avoided stagflation.