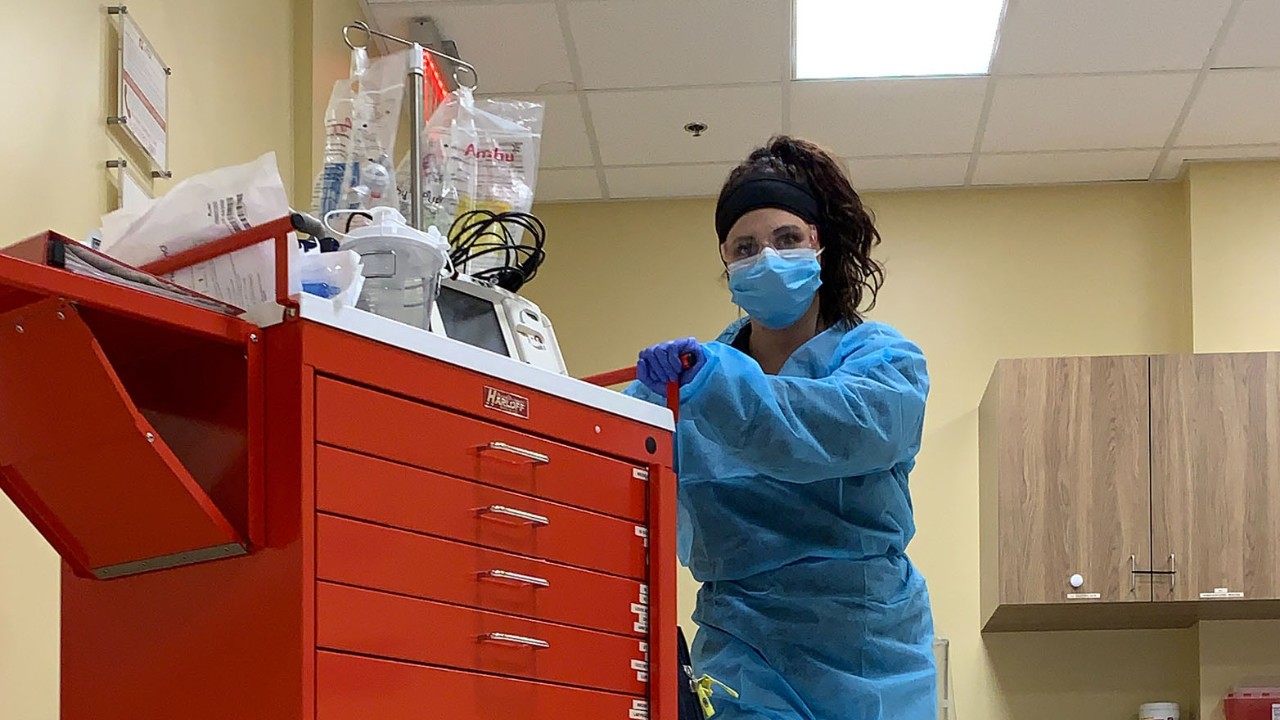 Payroll employment rose by 263,000, driven by strong gains in leisure and hospitality and health care. This is typically a time of year when restaurants and resorts lay off people; ongoing staffing shortages meant that they held onto hires longer than usual. The gains in health care were concentrated in outpatient care centers and nursing homes. Staffing needs in health care remain acute.

The next largest gain came from hiring at the state and local levels. State and local government coffers are still full on the heels of the surge in tax revenues from the boom in home sales and related spending on goods. They have been slow to deploy their pandemic aid. The gains at the state and local levels were in education; public schools, community colleges and universities are all trying to fill positions left open after they pivoted back to teaching in person instead of online.  Local education is still off by more than a quarter of a million jobs from its peak in February 2020.

Retail employment fell by 30,000 jobs in November. Seasonal hires were slower than usual. That follows announcements of hiring freezes and layoffs at some of the largest retailers, including online. Department stores and big-box discounters were hit hardest. Vehicle dealers continued to hire up.

Manufacturing employment added 14,000 jobs, a marked slowdown from the pace earlier in the year. The gains were concentrated in heavy manufacturing outside of motor vehicles, which had been driving gains in the manufacturing sector in recent months. The outlook going forward is more worrisome for manufacturing. The Institute for Supply Management (ISM) manufacturing index fell below 50 in November, largely on a slowdown in new orders and employment.

Construction employment rose by 20,000, a pickup from October. A warmer-than-usual November provided a lift to those figures. The gains were in specialty contractors in both the residential and commercial construction sectors. They are doing remodeling work on homes and upgrades to offices.

Average hourly earnings rose a stunning 0.6% in November, a sharp acceleration from October and the fastest pace since January 2022. The year-over-year gains jumped 5.1% in November from 4.9% in October. Those gains were driven by two opposing forces; a drop in lower paid workers in the tech sector boosted the average wage for tech workers, while wages in transportation and warehousing surged at the fastest pace on record. (The data goes back to 2006.) Retail wages picked up despite the slowdown in hiring at large retailers.

The only cooling we saw was in average weekly earnings, which slowed to a 3.9% pace from a year ago, down 0.1% from the pace in October. A drop in hours worked accounted for the slowdown. The losses were in construction and heavy manufacturing; overtime hours were hit in the manufacturing sector.

Separately, the unemployment rate held steady at 3.7%, while participation in the labor market fell slightly to 62.1%. The drop in participation was due to a loss of women and Hispanic and white men. The number of unemployed was roughly unchanged at six million for the month.

This week’s data on job openings revealed that there were still 1.7 job openings per job seeker at the end of October; the Federal Reserve is looking to get that ratio down to 1:1, which is not likely to happen anytime soon, given the strength of hiring in November.

The ranks of those out sick and unable to work hit 1.6 million, almost 70% above the monthly level we saw pre-pandemic in the 2010s. That figure was the highest since the record 3.6 million we saw in January 2022 during the height of the first Omicron wave. Federal Reserve Chairman Jay Powell went out of his way to underscore the scars of the pandemic and how they are adding to staffing shortages in his last speech prior to the December FOMC meeting. He emphasized that the aging of the population and lack of inflows from immigration have made the labor shortages we are facing more structural than cyclical in nature. (Even a rise in unemployment is not likely to fully ease the challenges employers are having in finding workers.)

Employment remained remarkably strong in November, with wages accelerating instead of decelerating. That ups the concern for the Fed; the risk is that core inflation aside from shelter costs could remain elevated and seed a more corrosive bout of inflation going forward. This report has put a 0.75% rate hike back on the table, instead of a more moderate 0.5% hike. Our bet is that the Fed will hold to the 0.5% pace, but the terminal rate in the forecasts for 2023 could now reach 5.5%, which is 0.75% higher than when Fed officials last laid out their forecasts in September.

The risk is that core inflation aside from shelter costs could remain elevated and seed a more corrosive bout of inflation.
Subscribe to latest economic insights