Some newly built, unsold homes will be rented instead. 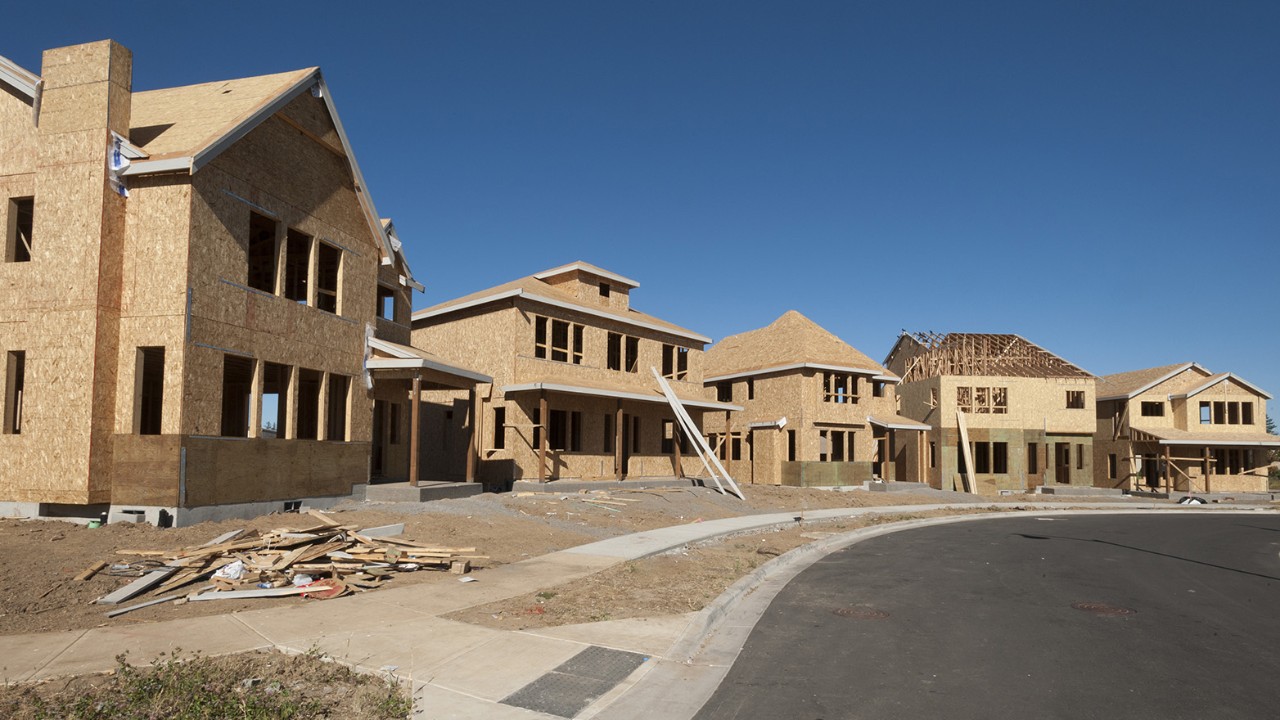 New home sales plunged 11% in September from August’s downwardly revised figures, slightly beating expectations. New home sales are now down 18% from a year ago. New home sales are a leading indicator of existing sales as they are booked at the offer, not at closing. That also makes them more susceptible to cancellations.

The South, which is the engine of new home sales, accounted for almost all of those losses. Hurricane Ian likely exacerbated losses late in the month. Those disruptions will get worse before we see the upswing associated with rebuilding. Sales are now at pre-pandemic levels and expected to fall further as escalating mortgage rates deal an additional blow to demand.

About 28% of new homes sold in September didn’t even start construction; this is where cancellations could occur. Two-thirds of new homes sold were above $400,000; that share was only one-third in 2020 and reflects the move upstream by builders who are now finding themselves priced out of the market for first-time buyers, where pent-up demand is strongest.

Builders had been passing along the rising costs of construction but are now facing pushback. Many are opting to rent unsold homes. Those shifts, combined with the overhang of unsold homes, are pushing rents lower. Expect more unsold supply to come on line with price cuts in the months to come.

Separately, sales of existing homes, which make up the bulk of home sales, fell 1.5% in September. Sales have fallen for eight consecutive months. Sales of existing homes are 24% lower than the same time a year ago. The inventory of homes available for sale remains tight, as many homeowners are locked into rates that are half of what the current market rate is. It is hard to give that up.

Home prices have been cooling, with some cities seeing the three-month moving average dropping at a double-digit rate. According to the S&P CoreLogic Case-Shiller home price index, national home prices are 13% higher than a year ago, but the pace is decelerating rapidly. A 10% drop from the 2022 peak in that measure by year-end would only bring prices down to where they were at the end of 2021. This is not a repeat of the subprime crisis; lending is stricter and the equity in people’s homes is much higher than back then.

There are deals for all-cash buyers as prices come off their highs. That said, few will attempt to catch a falling knife. We saw similar phenomena in the wake of the subprime crisis.

The speed at which mortgage rates have risen is more destabilizing than the actual level of rates. We have seen mortgage rates higher than 7% before, but we never have seen rates double in a matter of months. The single-family market has more room to fall as prices retreat from record highs. The Federal Reserve will continue to allow its holdings of mortgage-backed securities to roll off its balance sheet, further tightening mortgage conditions. Consumers are already pulling back on spending on goods; buying new homes is one of the largest triggers of additional spending. This is one way housing leads the economy into recession.

The speed at which mortgage rates have risen is more destabilizing than the actual level of rates.
Subscribe to latest economic insights

High mortgage rates are keeping a lid on most home sales.